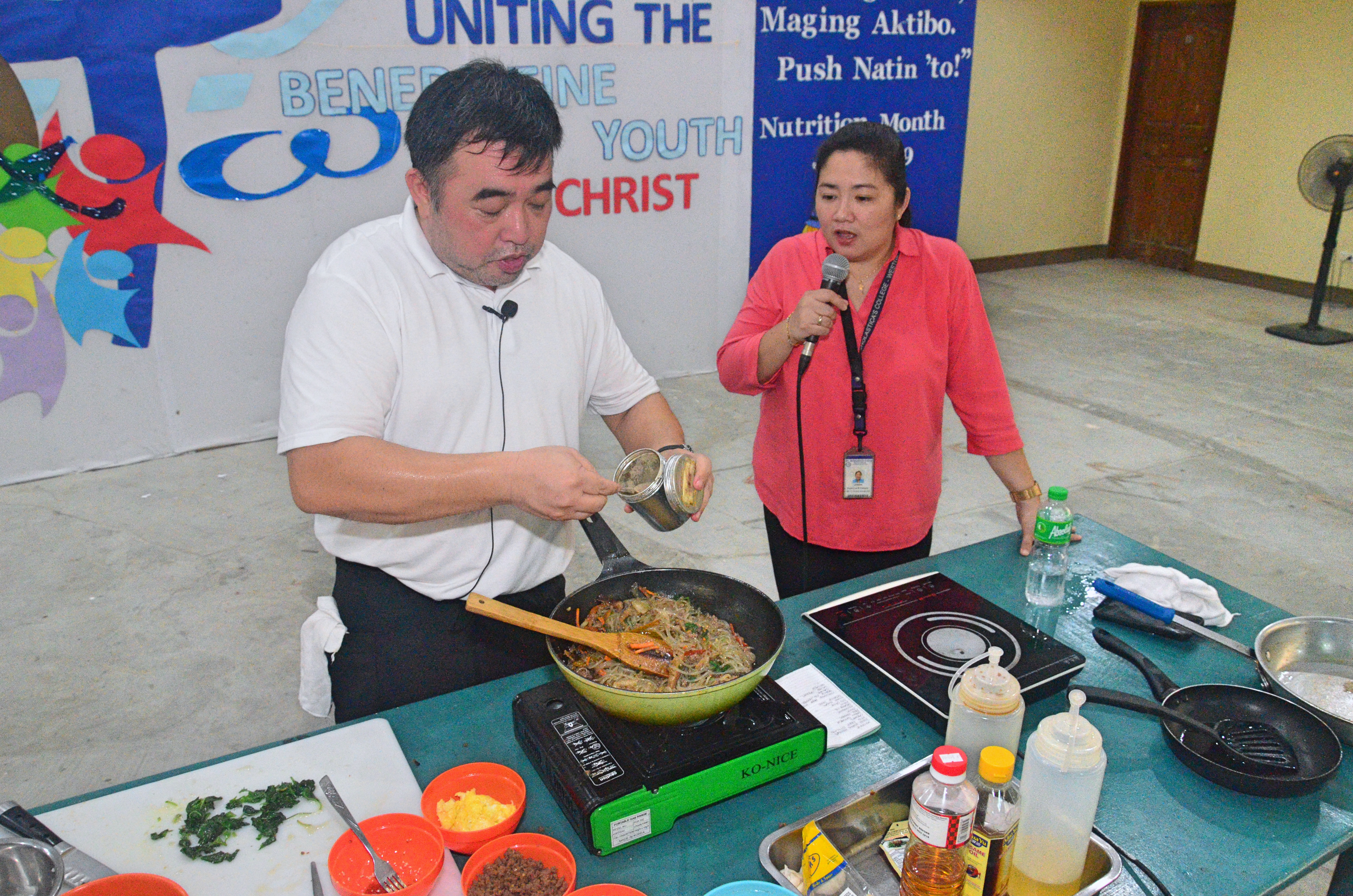 Mr. Jerwin Baes, also known as Kuya Je, is the owner of the concessionaire in the School Canteen. Llast July 26, he gave a Cooking Demonstration for the Grade School pupils and students.

First Session: He cooked a Korean dish named Bibimbap, it is a dish of mixed vegetables and rice. The primary students enjoyed the demonstration because the chef was funny. Aside from having a cooking demonstration, there was also a raffle draw, headed by Mrs. Donna Guingon, wherein three free lunch may be claimed at the School Canteen by the winners.

Second Session: Another Korean dish, called Japchae, was also prepared for the Intermediate Students. Japchae is translated in Korean as “mixed vegetables” but the dish is known for its glass noodles, which is made from sweet potatoes, with vegetables and well seasoned meat. The Scholasticans enjoyed the demonstration because of Kuya Je’s entertaining techniques and because of the delicious smell of the dish! Three winners were also drawn for a free lunch after the Cooking Demonstration. 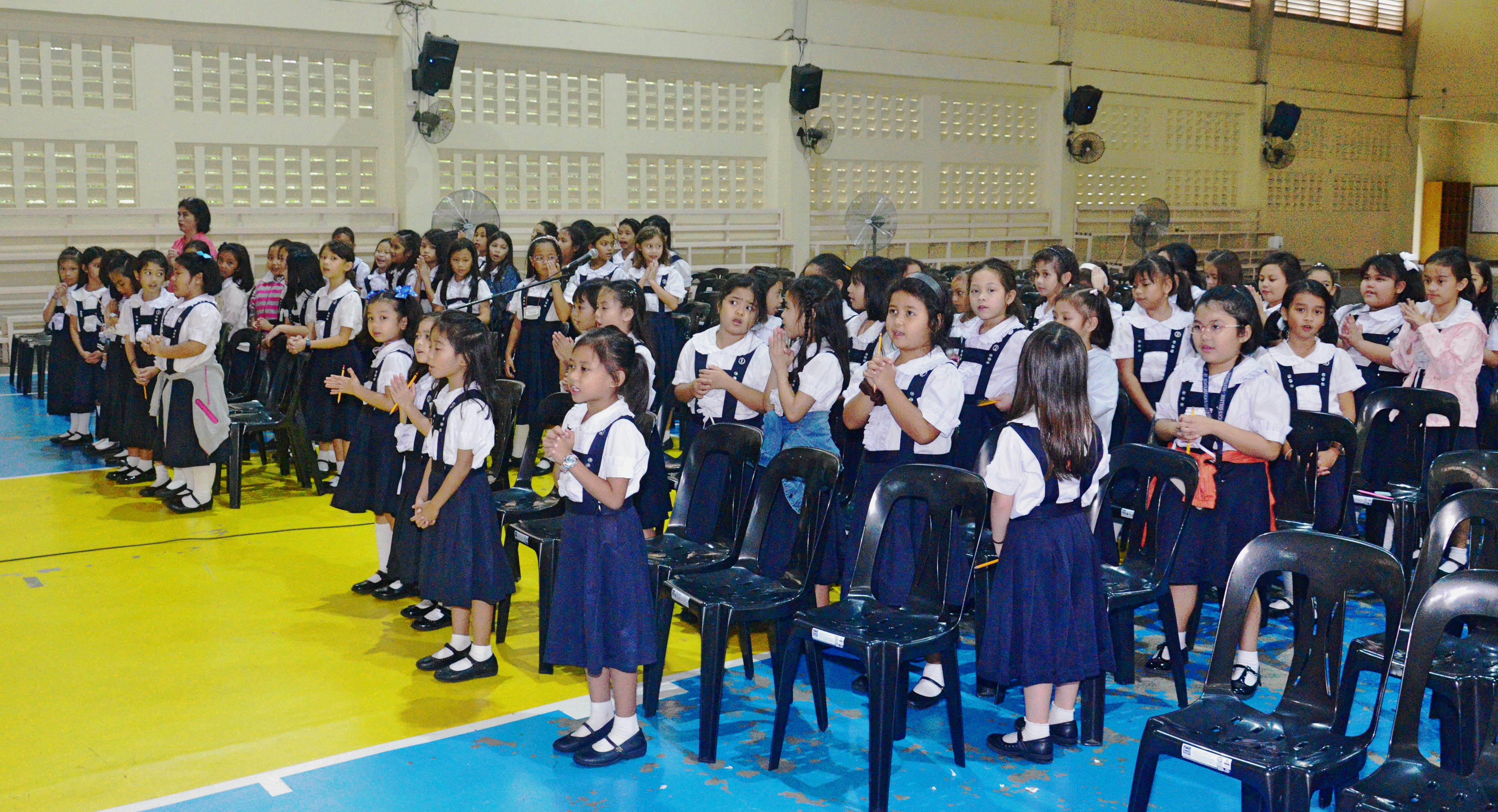 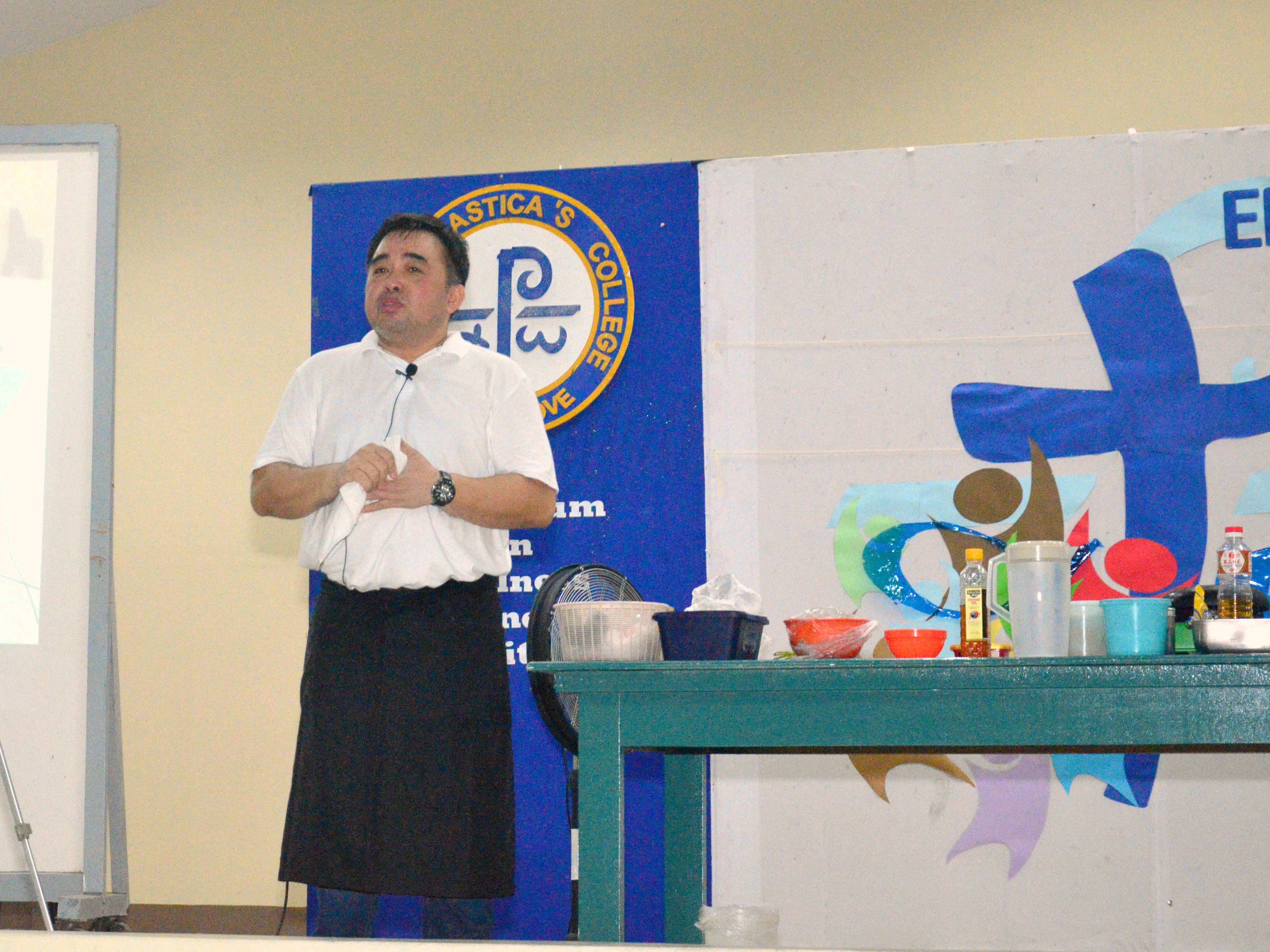 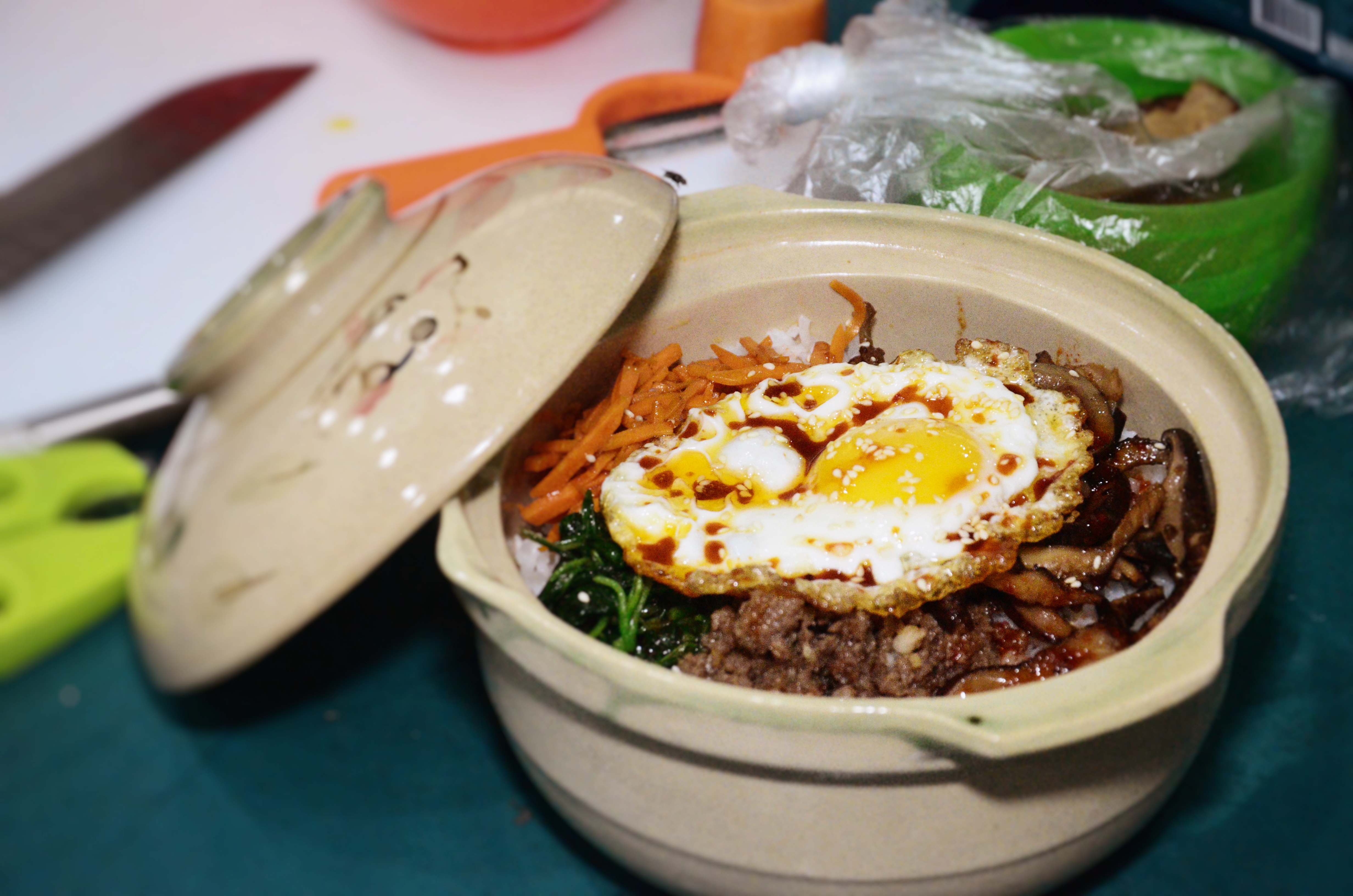 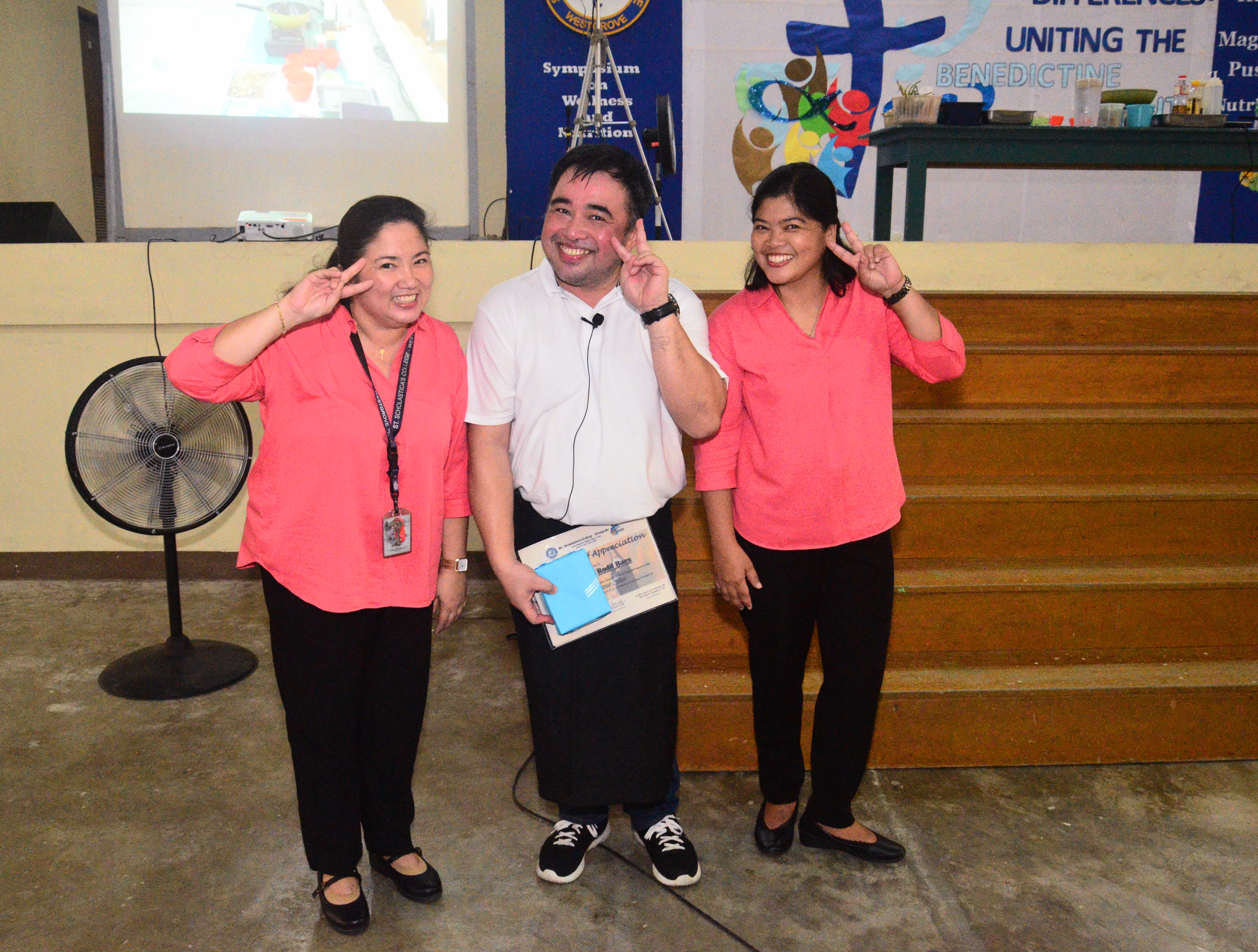 This website uses cookies to improve your experience. We'll assume you're OK with this, but you can opt-out if you wish. Find out more.